What was the earliest history of Asian Americans in the United States? What were their impact and contributions?

There was a point in one time, if you asked people to name a prominent Asian American, they would struggle. Asian Americans have been made invisible in the history books and in media for almost as long as the United States has been a country.

Our speaker will cover essential and important moments in Asian American history that have paved a path for greater representation and leadership in our country today. 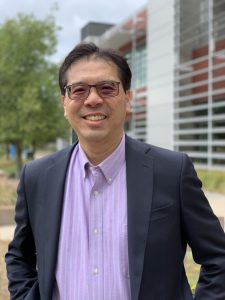 Dr. Michael Chang is the Founder and Executive Director of the Asian Pacific American Leadership Institute and former Mayor of Cupertino.  Dr. Chang is also a De Anza College emeritus professor of civic leadership and retired chairman of the Asian and Asian American Studies Department.  He served in public office for almost 20 years and is a well-recognized civic leader in Silicon Valley.  In 1997, Dr. Chang became the first Asian American to serve as Mayor of Cupertino. In the same year, he founded APALI and has led it for over two decades to convene a vibrant civic leadership network and build a leadership pipeline through quality training programs.

Dr. Chang earned both undergraduate degrees in philosophy & religion and business administration from San Francisco State University. He also earned a Ph.D in education, as well as both master degrees in East Asian Studies and political science, from Stanford University. On a personal note, Dr. Chang immigrated to the U.S. from Hong Kong in the 1970s and lives with his wife Barbara in Cupertino. They have two grown children Jonathan and Jaycee. For relaxation, he likes to hike, read and practice tai chi.